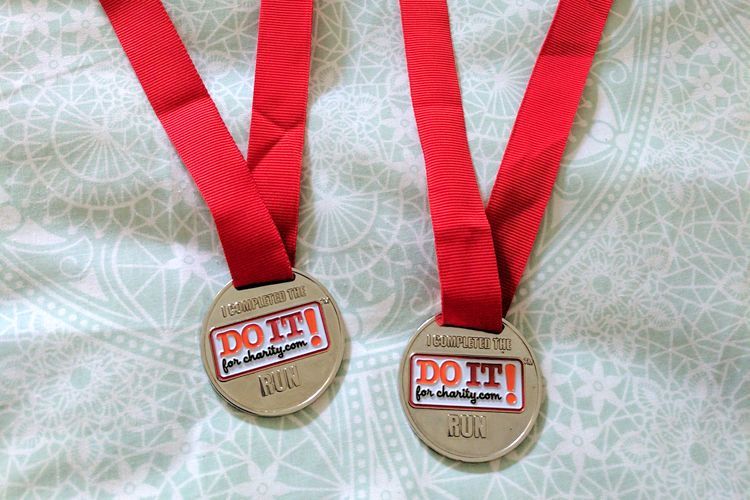 Following on from yesterday's Tough Mudder at Grantham, the Drurys Team set off to London not to miss their chance to become a real-life superhero as they pulled on capes and join thousands of fellow runners as they descended on Regent’s Park, in a bid to raise more money for Drurys charity the Sepsis Trust!

The UK Sepsis Trust is a grass roots charity passionate about mending sepsis. Their team of staff, volunteers and fundraisers seek to save lives and improve outcomes for survivors of sepsis by instigating political change, educating healthcare professionals, raising public awareness and providing support for those affected by this devastating condition.

Scott Drury, Thomas Hall, Amie Hall, Adam Marsh, Jacob Drury & Amber Garner took part in this fantastic event. The Do it for Charity Superhero Run is held in the beautiful setting of London’s Regents Park, so during the day you have to keep an eye out for all of the heroes flying through the tree-lined paths to the finish line. 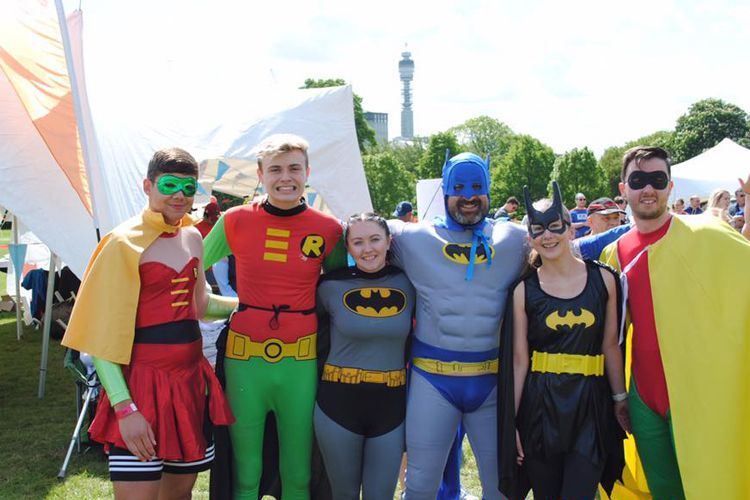 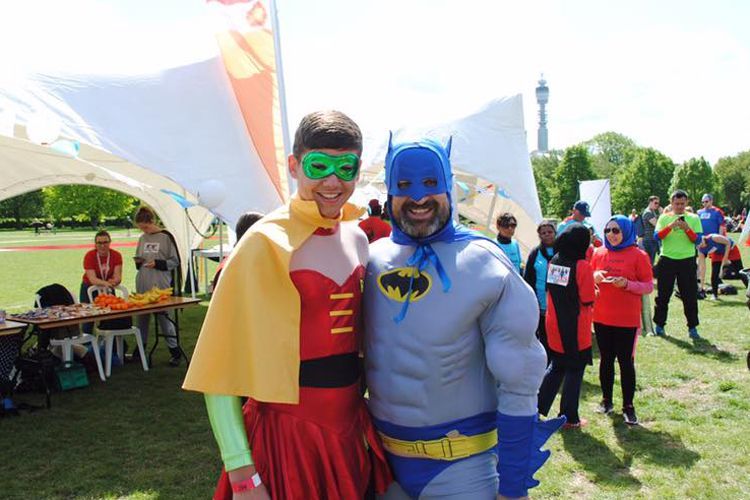 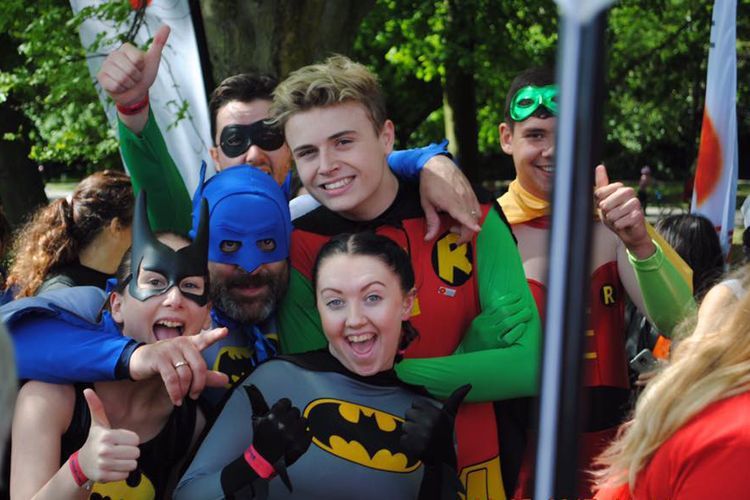 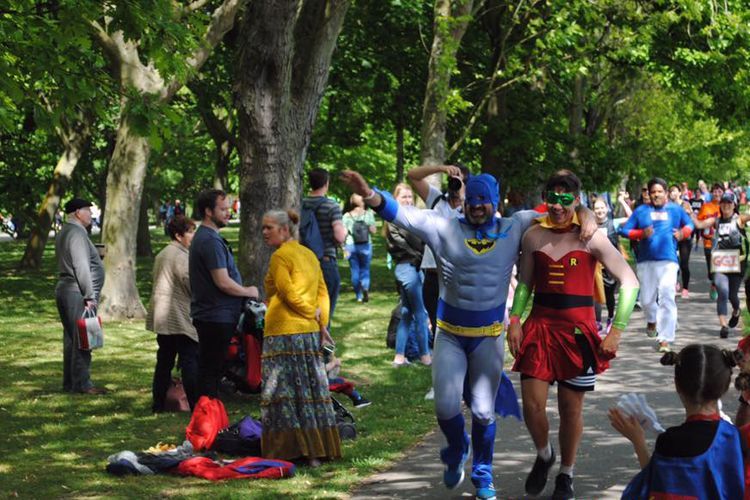 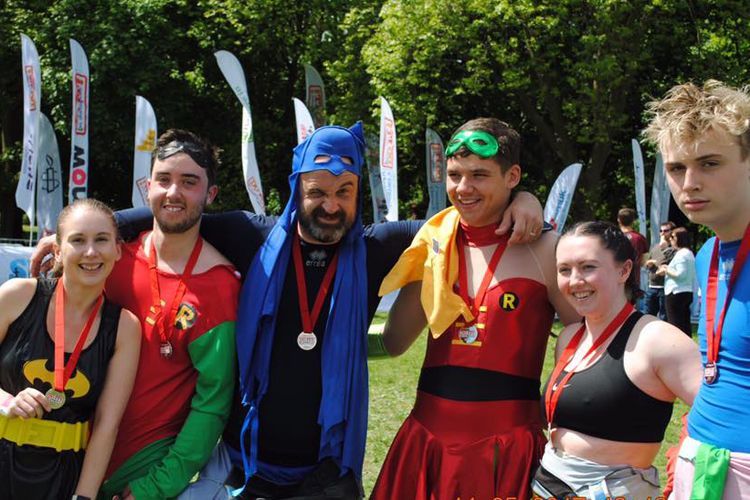 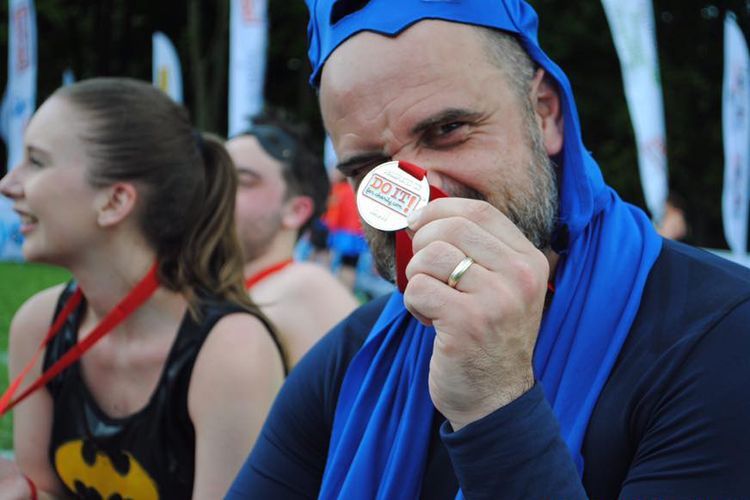 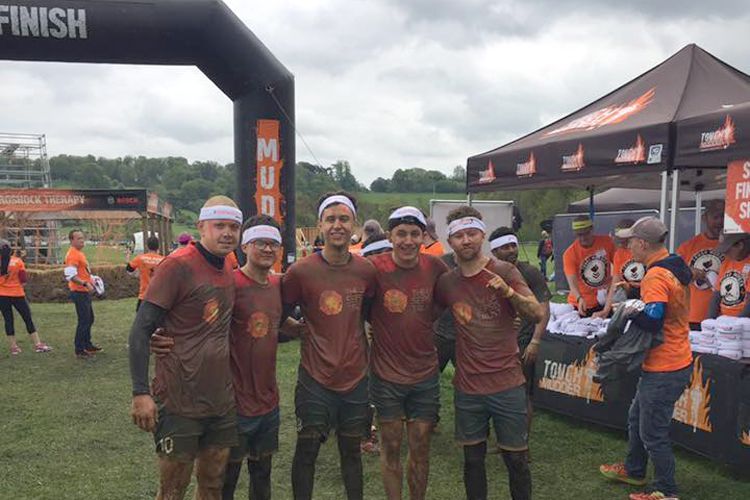 For the Charity Sepsis Trust

Set in majestic 16,000 acres of the epic grounds of Belvoir Castle, a new Course and 5 Miles with 13 Obstacles of mud and very tough times. The boys weren't completely prepared to go all out and tackle a tricky combination of hills, woodlands, water and, yes, tons and tons of mud!

Completely their own idea, organising everything themselves along the way. The boys contacted the Sepsis Trust to get their sponsorship forms and t-shirts etc and headed off to Tough Mudder, to raise a little money for the charity that Drury's Estate Agents have decided as a family run business to raise funds for.

"This is a fantastic way to give a something back to a charity that needs everyone's help and to improve awareness" said Scott Drury.

George said after completing the event: "My mates took it to another level, I'm so proud. Those boys are my best mates and I'm so proud of them taking part with me, it means so lot to me and it would do to my Grandad". 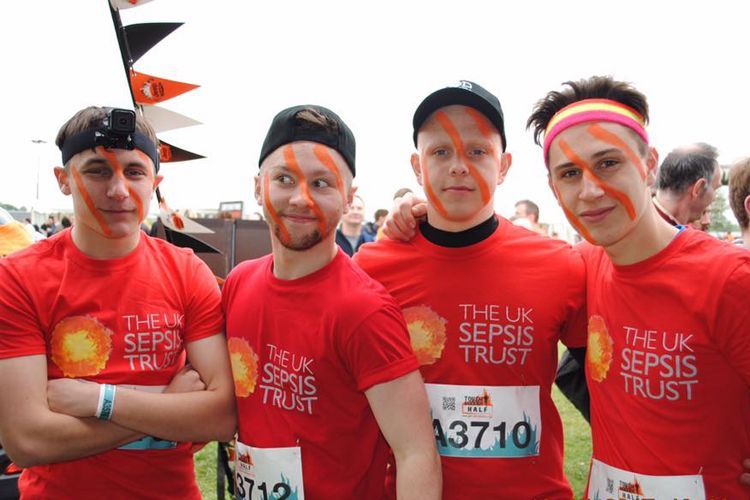 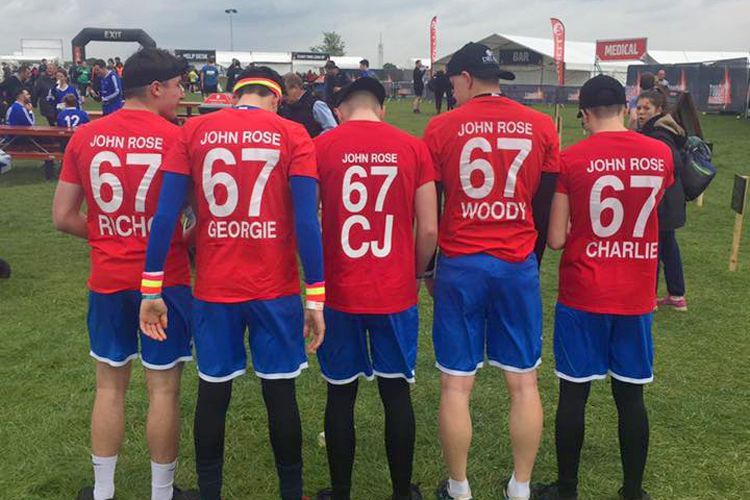 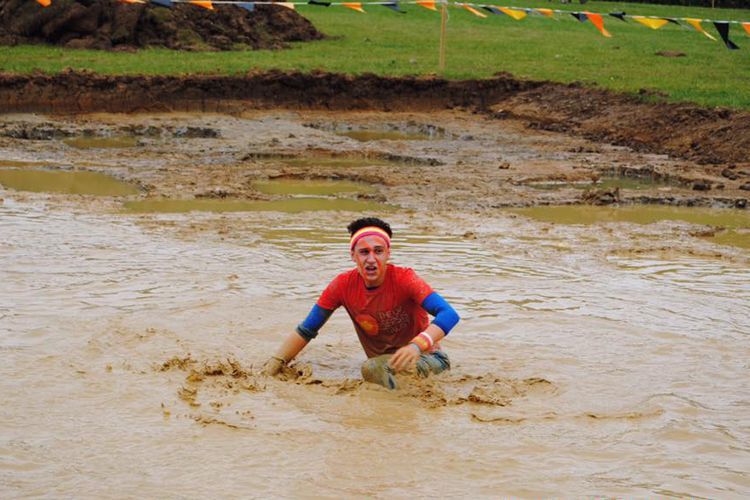 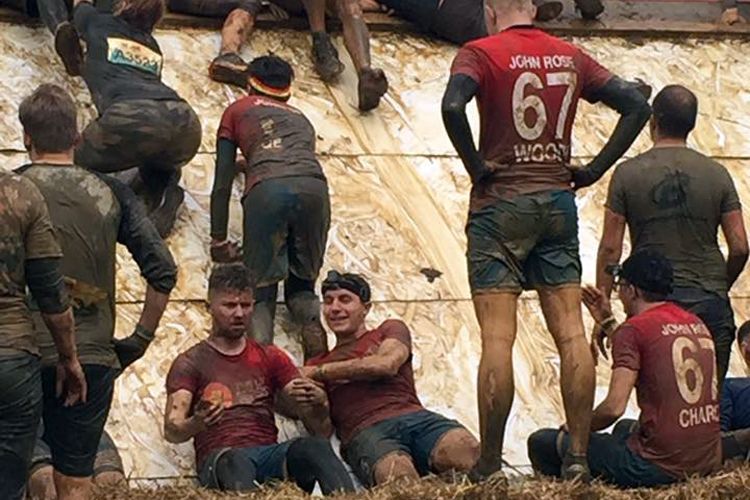 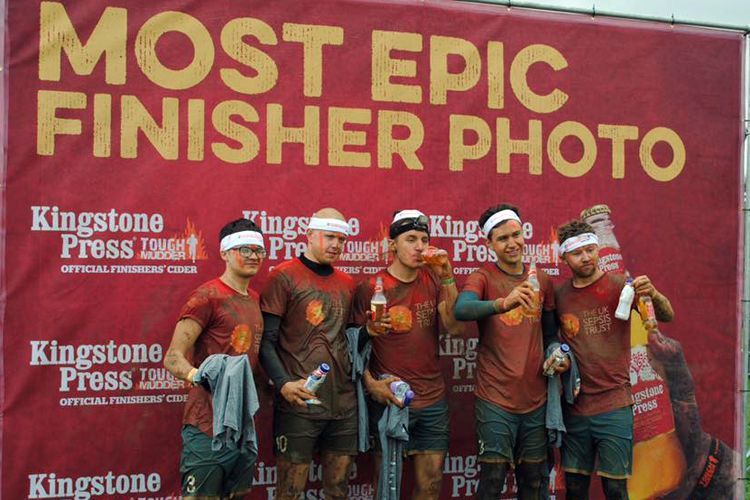 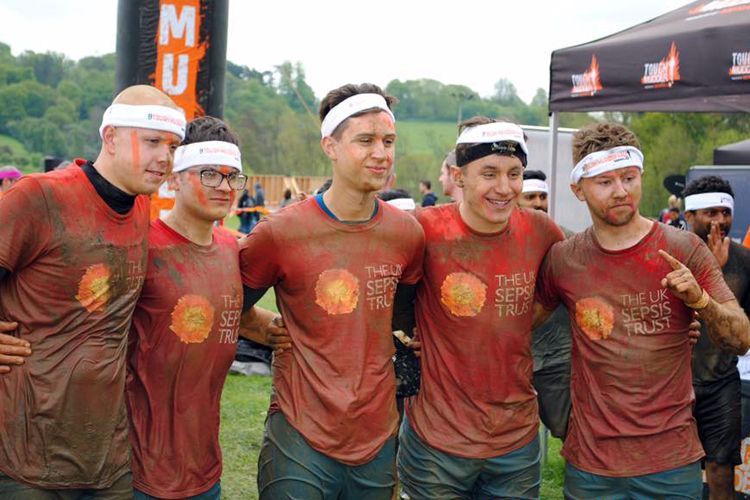 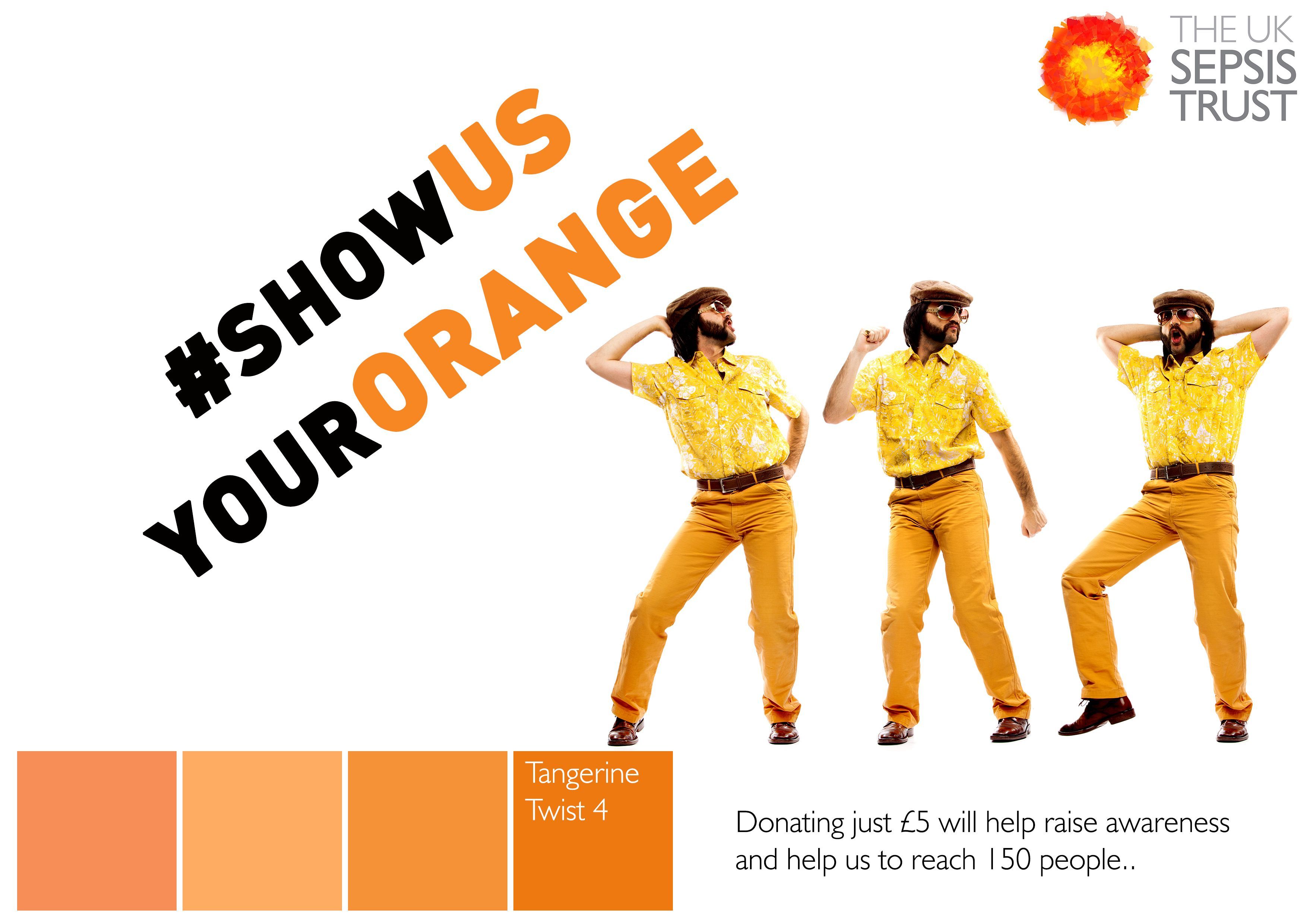 We have decided to have a little tea party for Sepsis day on Friday, 26th May 2017.

We are asking people to wear something orange and to come to our office as we are putting on orange light refreshments! 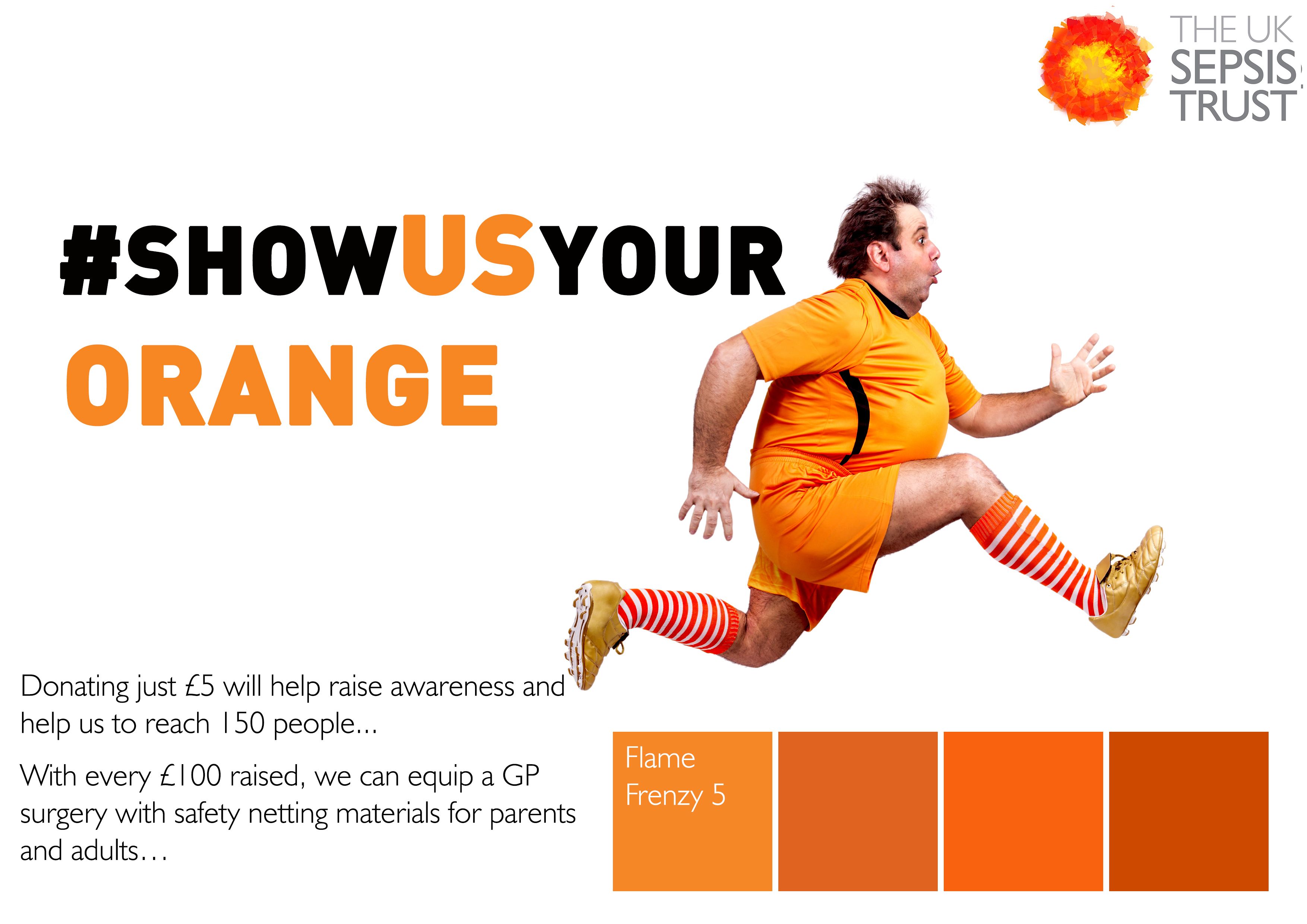 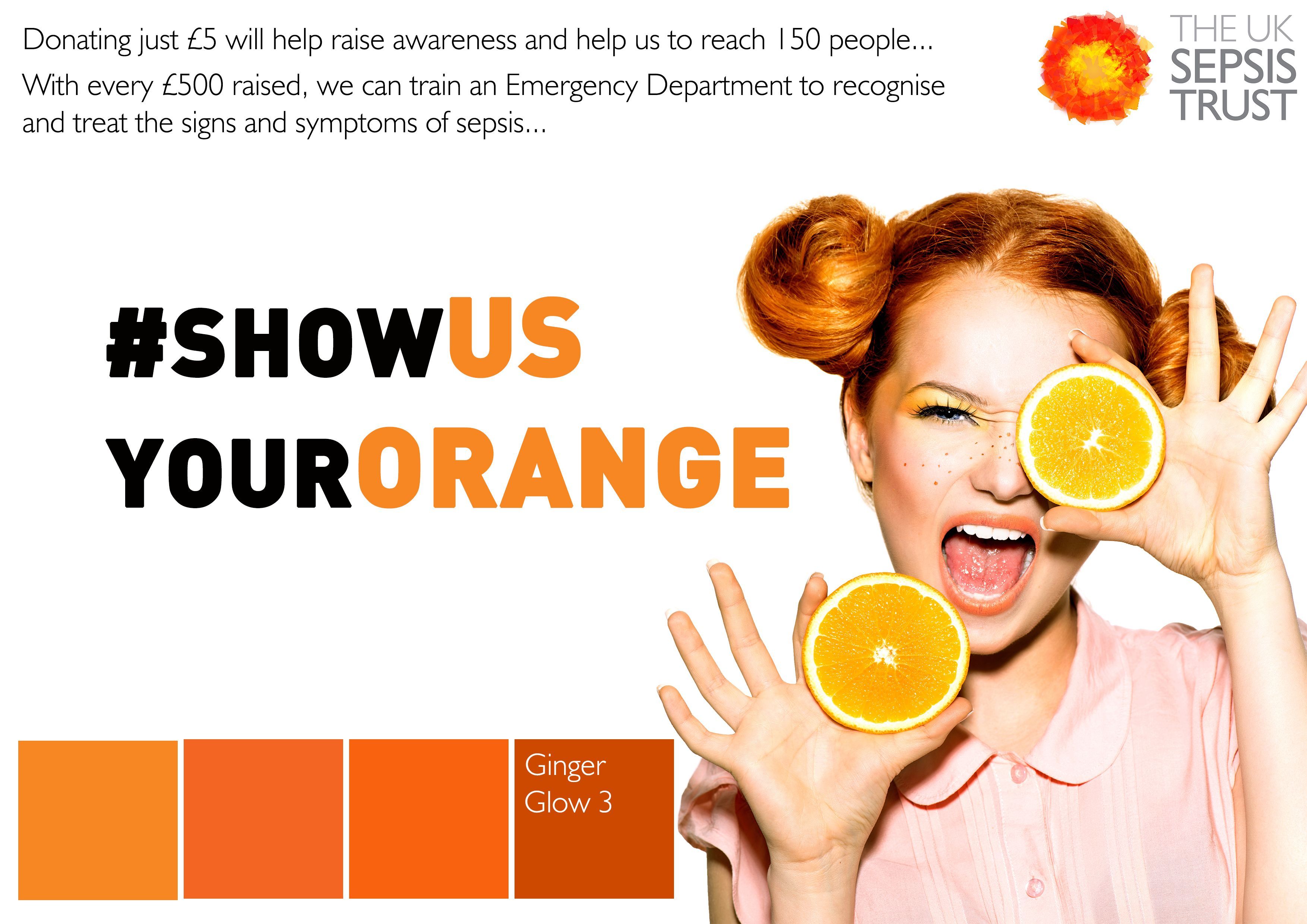 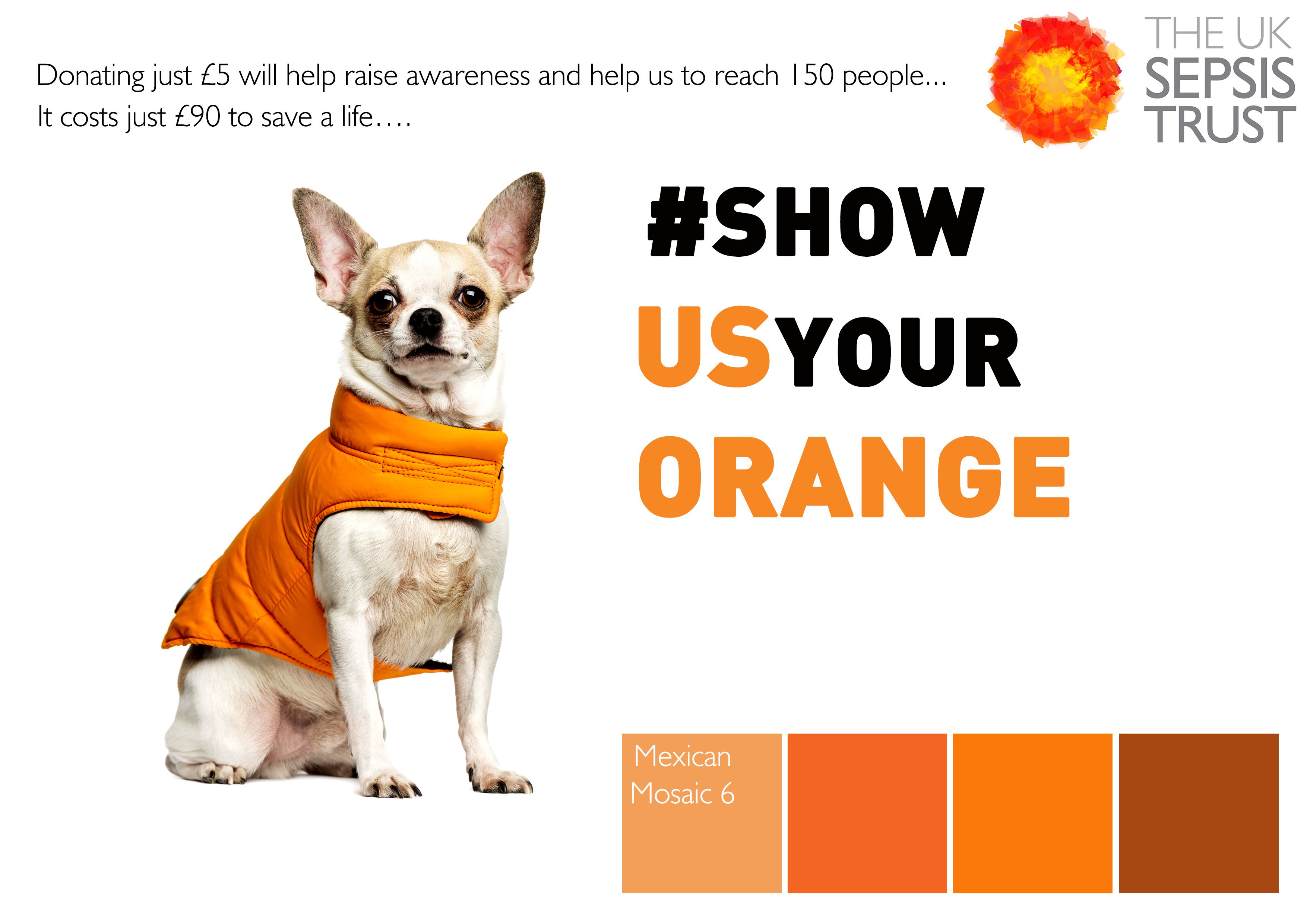 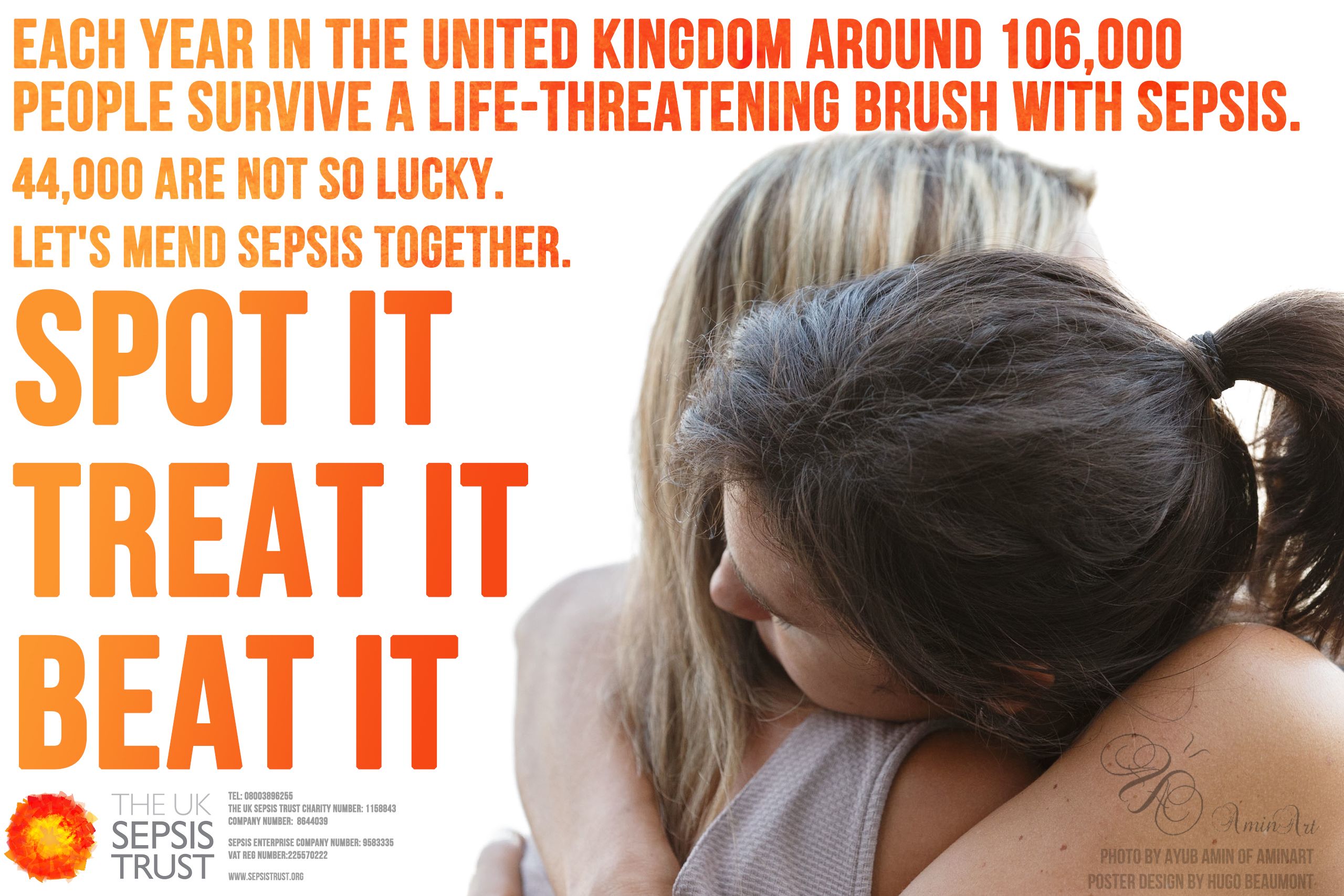 We would like to take this opportunity to inform you that Drurys Estate Agents have recently lost a very valued member of our team to Sepsis. John Rose, our Property lnspector and family member to Scott & Kerry sadly passed away early last month and will be very sadly missed by us all.

We have therefore taken the decision to try to raise as much money as possible for this very charitable cause.

Sepsis is a life-threatening condition that arises when the body's response to infection causes injury to its own tissues and organs. Common signs and symptoms include fever, increased heart rate, increased breathing rate, and confusion. There also may be symptoms related to a specific infection, such as a cough with pneumonia, or painful urination with a kidney infection. ln the very young, old, and people with a weakened immune system, there may be no symptoms of a specific infection and the body temperature may be low or normal, rather than high.

Some of the charity events which are taking place by members of the Drurys Team, Family and Friends to raise money for Sepsis are:

We have also been contacted by the Conservative MP Lord Ashcroft who has had his own personal battle with Sepsis. He has agreed to double whatever Drurys Estate Agents raise towards this worthwhile cause. 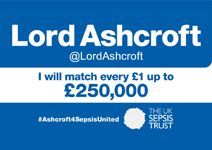 lf you would like to donate to the Sepsis Charity in memory of John, please contact our office for more information on how to do this. Not a lot is known first hand about this terrible condition and we would like to raise awareness of just how serious Sepsis can be.

We look forward to hearing from you 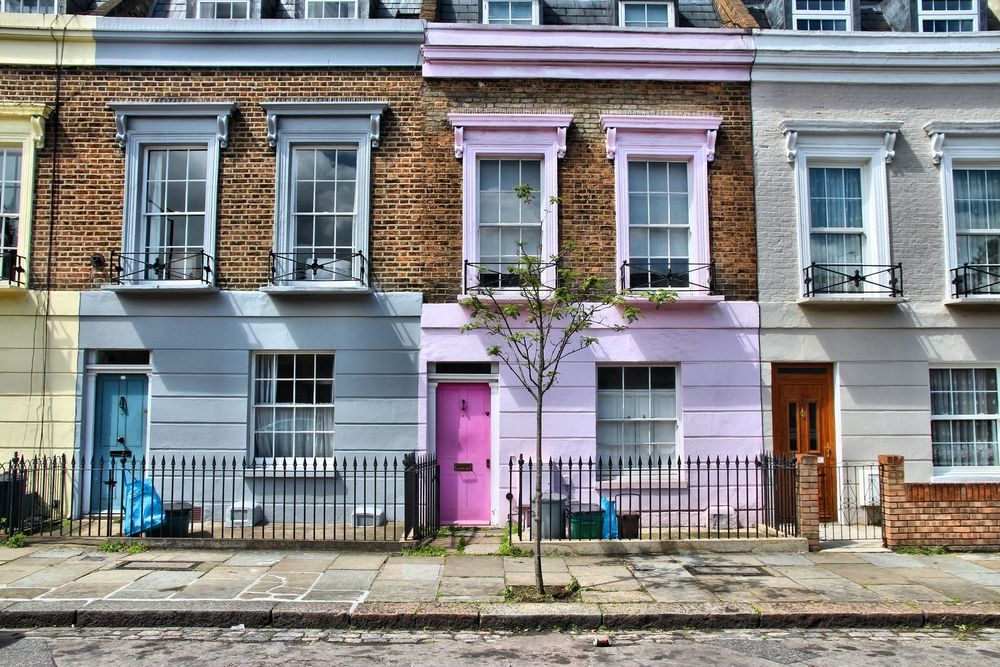 Slowing house prices combined with rock-bottom mortgage rates are making it more affordable for first-time buyers to get on the property ladder.

Property prices fell by 0.4% last month according to Nationwide’s latest House Price Index, their second monthly decline this year. The building society said that annual house price growth has dipped to 2.6%, the weakest rate since June 2013. The average property price in the UK currently stands at £207,699.

Falling prices could be due to household budgets coming under pressure thanks to higher inflation and slow wage growth, according to Nationwide. However, it predicts that despite lower house prices in March and April, a small increase in house prices of around 2% is likely over the course of 2017 as a whole.

Separate figures from the Council of Mortgage Lenders (CML) show that despite slowing property prices, mortgage lending was up 19% in March, reaching £21.4 billion, up from £17.9 billion in February.

The Council said that there has been a shift in mortgage lending towards first-time buyers and those looking to remortgage, and away from buy-to-let landlords and home movers. Low mortgage rates along with government housing schemes are helping those trying to purchase their first home.

The number of first-time buyers over the past 12 months increased to 342,000, more than any other period over the past nine years.

Recent weeks have seen the launch of the some of the lowest mortgage rates ever seen, as lenders battle to attract borrowers.

Deals have become even more competitive thanks to a fall in funding costs for lenders, and due to new providers entering the mortgage market. Swap rates, which are among the factors lenders look at to help them determine their fixed rates, have also fallen, prompting lenders to introduce record low fixed mortgage deals.

Owning a home has, therefore, become less expensive for homebuyers, while those looking to remortgage may be able to slash the cost of their monthly mortgage payments.

However, the best mortgage deals tend to disappear fast, so homeowners and those looking to buy will need to act quickly if they see a deal they like.

It’s important to factor in all the associated costs of any mortgage before applying, however, as many of the most competitive deals come with steep arrangement fees. Homebuyers or remortgagors who are unsure which deal is likely to be most cost-effective for them based on their individual circumstances should seek professional advice.